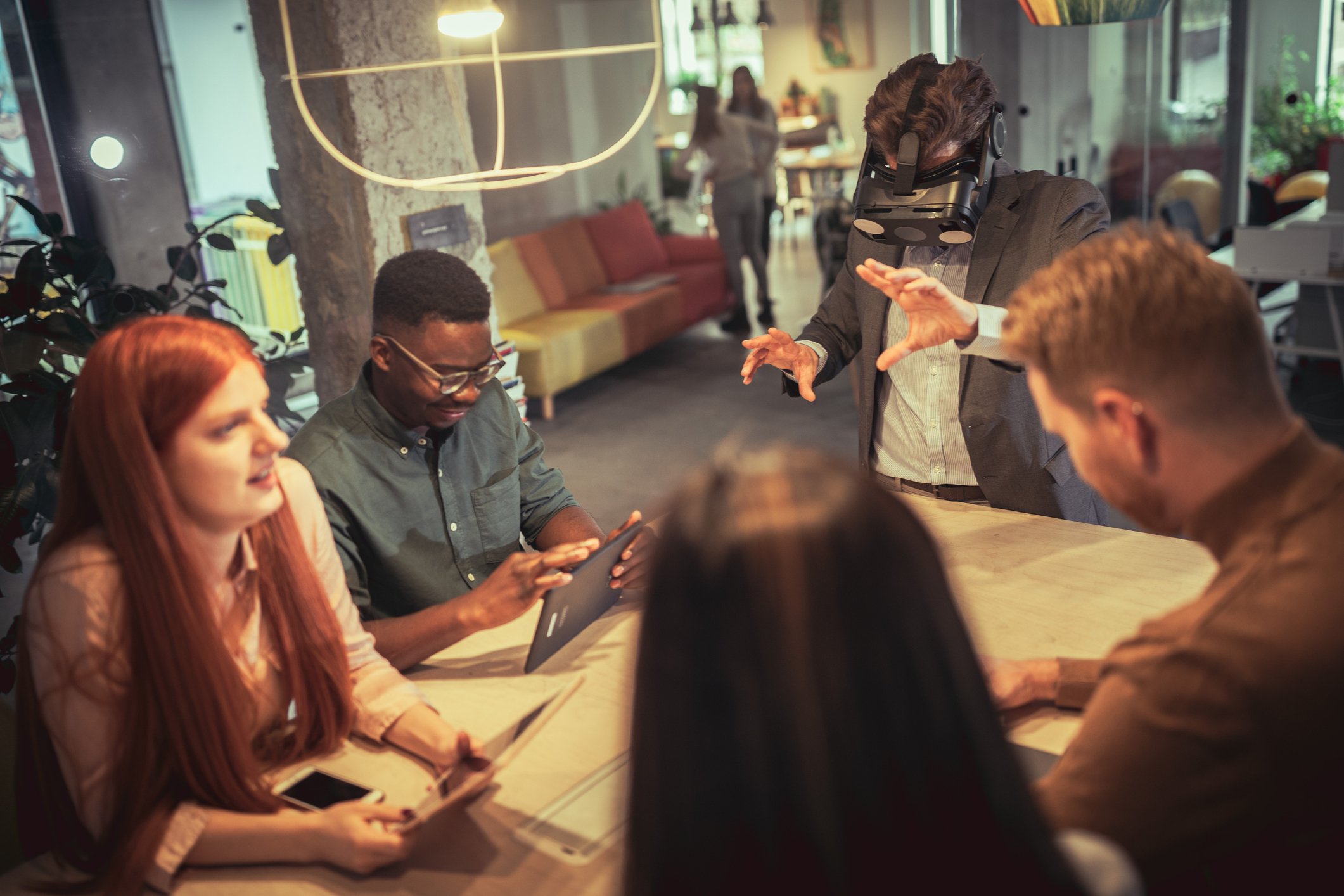 In 2022, VR is no longer the realm of scientists and wealthy tech bros. We have COVID-19 to thank for this. Since 2019, sales of virtual reality equipment have skyrocketed due to people in lockdown seeking to escape the confines of their apartments. The market continues to boom, with Business Wire predicting that the VR/AR industry will have grown by more than $125 billion USD by 2024.

In a previous blog about trends to watch in 2022, we briefly touched upon the subject. Now it’s time to dig in deep and see what this trend might mean for the future of marketing.

First, let's get things straight – what exactly is the difference between virtual reality (VR) and augmented reality (AR)?

As AR can be utilized with a smartphone, it is already primed for success. Perhaps you remember the Pokémon Go craze of 2016, where hordes of eager gamers would charge around real cities hunting elusive virtual Pikachus? Naturally, it led to robberies, assaults, and extortion, but it proved an eager market existed for AR – even beyond the gaming sector.

Companies have discovered many ways to work AR into their operations in the five years since. Cosmetics company Sephora has found success through an app called Virtual Artist, which analyzes the user’s face and allows them to ‘try on’ different shades of makeup. Other fashion companies have experimented with letting users see how their products look before purchasing – Gucci, Warby Parker, and Timberland among them. Similarly, Ikea now allows customers to ‘place’ furniture to see how it looks in their homes. The results don’t lie. Shopify recently revealed that merchants who utilize AR at some point in the buying process found a 94% conversion lift on average. When questioned, users replied that they appreciated the chance to ‘interact’ with the product before buying it, more so than they could with images alone.

In essence, AR allows a merchant to tell their story with a richer medium. This has applications for the B2B market as well as the B2C. If you’re working B2B, why not consider the way you present your product to potential customers? A fully interactive 3D object is far more compelling than a still image locked on the page of a catalog. And that’s just getting started...

Although VR requires significant upfront investment into specialized equipment, the opportunities it presents are wilder and deeper. Perhaps you’ve heard the term metaverse lately – Mark Zuckerberg got so excited about it that he renamed his entire company, Meta. Originally a term taken from Neal Stephenson’s 1992 cult classic science-fiction novel Snow Crash, the metaverse has been described as the evolution of the internet.

By utilizing a VR headset, the user can enter a virtual simulation of the world where they can essentially do anything. They can connect with friends, hang out in virtual spaces, consume media, browse for entertainment, attend meetings, work from home, and shop for products, all in a completely engaging environment that holds their complete attention. It is a synthesis of everything that has come before, and its possibilities are obviously massive.

But that’s the future. Focusing on what marketers have available at the beginning of 2022, VR excels in allowing immersive experiences. This is perfect marketing for industries that rely on ‘full body’ products, such as tourism. By providing ‘sneak peeks’ of what the real thing might feel like, travel companies have been able to entice people to visit anywhere from the pyramids to Patagonia. Similarly, carmakers such as Kia have put their customers in the driving seat, so to speak, by allowing them to explore the interactive interiors of their vehicles in their virtual showrooms. 10 of The Best Virtual Reality Travel Experiences (from travelmag.com)

The Best of Both Worlds

While the potential is massive, it is still early days for VR. If the metaverse is the new internet, then we are barely at the beginning of the dot com boom. You may feel overwhelmed, or – for reasons either technological or financial – believe that exploring VR or AR possibilities are beyond your company.

You don’t have to go throw yourselves into the deep end. A great way to move towards VR or AR is to experiment with a hybrid model, something many companies have already gained experience in through the pandemic. For example, live events have always been great sources of marketing – by adding on a virtual element, you gain many benefits, including reducing cost, expanding your audience, and minimizing your environmental impact. Our own series of WJU seminars has seen a solid uptick through the pandemic by going semi-virtual.

VR and AR are here to stay, and will only become more ubiquitous as time goes on. By learning, adapting, and innovating early, you set your company up for success in the future. If you’re curious as to how to pivot into the virtual, we’re always here to act as the guiding Morpheus to your company’s ambitious Neo. Get in touch today, and let’s see where the rabbit hole leads.